Complete revision of the annex to the 1978 STCW Convention became necessary in order to clarify the standards of competence required, introduce qualification requirements for trainers and assessors, provide effective mechanisms for enforcement of its provisions and allow greater flexibility in the assignment of functions on board ship and thus broaden the career opportunities of seafarers. No amendment was made to the articles of the Convention.

The Convention articles and annex provide the legal framework within which mandatory technical standards contained in part A of the STCW Code are applied. Part В of the Code provides guidance to assist those involved m educating, training or assessing the competence of seafarers or who are otherwise involved in applying STCW Convention provisions. While not mandatory, the guidance given has been harmonized through discussions within IMO, involving, where appropriate, consultation with the International Labour Organization. Observance of this guidance will achieve a more uniform application of Convention requirements.

All parts of this publication must be studied to fully understand the intent of the Convention and to give full and complete effect to the minimum global standards of knowledge, understanding, experience and professional competence desired by the States which are Parties to it, the industry itself and the general public. The Convention and part A of the Code form a binding treaty between States, the interpretation of which is governed by the Vienna Convention on the Law of Treaties. A mechanism has been provided within the revised Convention for the IMO Maritime Safety Committee to monitor its observance and assist all Parties in their endeavours to raise the standards of competence and professionalism of seafarers, upon whom the safety of life, property and the environment depends. 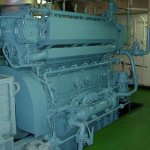