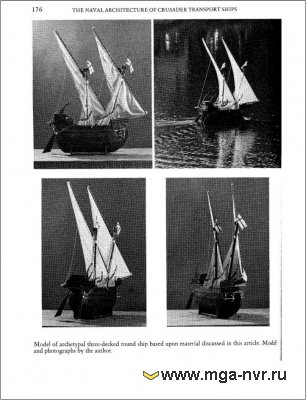 PROBLEMS of the naval architecture of thirteenth-century Mediterranean transport ships have attracted considerable interest over the last century.1 Four main types of sources have been used in attempted reconstructions: firstly, marine archaeology; secondly, iconogra-phic evidence from manuscript miniatures, bas reliefs, and mosaics;2 thirdly, dimensions recorded in a number of contracts made between 1246 and c. 1320 for the lease and purchase of ships by crusaders especially Louis IX of France, from the maritime republics of Genoa, Marseilles, and Venice;5 and fourthly evidence from a number of fifteenth- and sixteenth-century Venetian treatises on shipbuilding and commerce.4 The contracts in question recorded dimensions of both oared ships, galeae and taridae, and round-hulled sailing ships, naves and salandria.5 This study, however, is concerned with the sailing ships only. I hope at some future date to look at the galleys and taridae in another study. Naturally enough, amongst so many different ships, from three different seaports over a period of some seventy years, considerable variation in dimensions occurred. Some of the ships were deeper in draught and beamier than others. Some were shorter. Some were longer. Some were more rakish than others. Nevertheless, it is possible to group them in four rough categories of ascending capacity: salandria, naves with two decks, naves with three decks, and naves with four decks. Average dimensions can be established for each and, when considered with other evidence, these dimensions provide general profiles of four archetypal categories of the sailing round ships so much used as transports by crusaders during this period. The main part of this study deals with the three-decked round ships since there is the most evidence for them, since they were the largest of the ships, and since the principles of construction deduced for them can also be applied to the two- and four-decked ships. The early fourteenth-century four-decked ships from Marseilles were slightly smaller than the archetypal three-decked ship of the thirteenth century and considerably smaller than the largest of the three-decked ships. The other archetypes are considered at the end of the study. A model of the archetypal three-decked ship was constructed to test hypotheses and information acquired during the construction and testing of the model has been introduced where relevant. 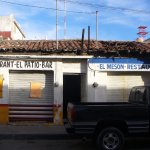